“that by re-enabling our natural state of connection with Source, we become the means and delivery system by which viable solutions become available to a planet in need of a few good ideas.” 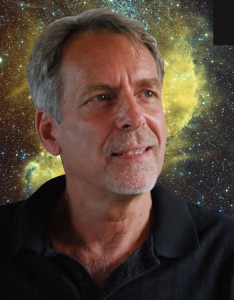 J.Hamilton (Jim) interests revolve around teaching personal empowerment based on fundamentals. By re-enabling one’s natural state of connection with Source (Innate Intelligence, Universal Mind, God, the Divine, etc.), we partner with the Order that everything shares.

In this capacity, we become powerful beyond measure. We exhibit characteristics of presence, compassion, unconditional love, a solutions-orientation that knows no bounds and we become a delivery system for Innate Intelligence to deliver solutions through us to a species about to overrun its only home!

Further, J.Hamilton says: “he has been fortunate.” He has been meditating for 40+ years (since 1973) and when he was young, learned how to combine goal setting and meditation and retired at the age of 30. After a number of years of big boat sailing and inadvertently moving to Sedona, Arizona in 1987, he started to do consulting and then wrote his first book, Visionaries Thrive In All Times. He now has five books (with two more on the way) and about 150 articles. He has developed a system based, in part, on the science of neurofeedback for rapidly advancing personal (and collective) consciousness.

His first book, Visionaries Thrive In All Times: blueprint for reality creation (2005) is about the possibilities of individual and collective reality creation in alignment with Innate Intelligence.

He released a third title: Beyond Words: thoughts become awareness (2010), documenting his personal experiences of transformation through a series of chronological articles compiled into a book format.

His fourth book, what if Prosperity has nothing to do with money (2015) explores the quality of our connection with Source as the foundation for the quality of our happenstances, our synchronicities, harmonies and order, and everything we need in life. What IF money has nothing to do with prosperity? What if it’s all about plugging back into our Connection and aligning with what’s true?

52 Weeks of Visionary Focus is soon to be released.

J.Hamilton is the founder of CORE Resonance Systems in Sedona Arizona, which features CORE Resonance Training™ as a series of steps designed to quiet the brain and nervous system and re-enable one’s natural state of connection with Source. As we achieve this partnership, relaxation and nonresistance becomes available – an alternate to creating reality based on fear and doubt, and resistance and reaction to our surroundings. As we discover a new way of doing things, we become exponentially more useful to, not only ourselves, but each other.

Presently, J.Hamilton’s focus is on an introduction of CORE Resonance Colonies™ which is a solutions-orientation so large that it snuffs out any problem. CORE Resonance Colonies™ are living mechanisms designed to reach to the Divine and back to the earth to deliver what we have always wished and strived for, and always knew was possible – access to solutions. Because the Universe is ever unfolding and solutions-driven, as we plug into what is True, we become a means by which solutions are delivered into this dimension. Designed as a beachhead for advancing consciousness, CORE Resonance Colonies™ are designed to dot the landscape and broadcast the frequency of the Divine through intentionally coherent groups to the human species in need of a few good ideas.

Aligning with what is True opens the way for an exploration of living and life that so far exceeds what we are presently experiencing, that we transform into “the Second Coming.” We become God-realized human beings operating at our potential and expressing in resonance with not only each other but the larger picture.

The Formula? Nonresistance and the Law of Attraction.

Quantum Activism: for a planet in need of a few good ideas and

Want to read a single article? Try Quantum Activism: for a planet in need of a few good ideas