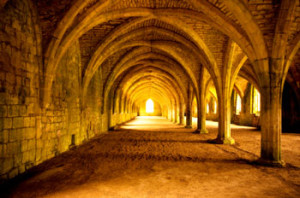 Imagine a solution so big it obliterates any problem. Is there such a thing? I used to say the solution to the Iraq war was “blue sky, clean air, clean water, people talking to each other, and nations talking to each other.” When most of us think of solutions, we think of something arising out of a study of the problem, i.e., we need to stop the fighting, clean up the land mines, the depleted uranium, etc. But Law of Attraction dictates: “what you focus on expands.”

I’ve had some unhappy readers from my last two articles Rights and Duties: the big surprise and solution and Things Aren’t Like They Seem but I also got a lot of calls and inquiries. Some people don’t want to recognize there is a problem but a lot of people do, and we’ve already discussed why they don’t. For more and more individuals, there is a great deal of concern about a gov that allows the young people in this country, too young to say no or a bit idealistic, to be saddled with $60,000 – $100,000+ in student debt (to the tune of a trillion dollar industry), or the young kid, who is one day at the Circle K buying a Slurpee and the next wearing 80 pounds of military equipment and issuing instructions in Arabic – who then comes back frustrated and angry – or very quiet.

A nervous system that will never ever be the same.

For many, the problems are too big to face – and so we don’t. Elizabeth Warren seems to be an exception, but we need quite a few of her. Do you think she can be truly effective in DC? Maybe one day… But back to “blue skies, clean air, clean water…,” solutions have nothing to do with problems. Good solutions, true solutions obliterate problems because that’s simply what solutions do. Solutions don’t go back and look at problems, review where they came from, or even poke at them with a stick afterward.

Solutions are, instead, so much bigger than problems that the problem simply gets snuffed out – for good.

Visionaries Thrive In All Times, my first book, talks about how present day reality creation is a product of a fear and resistance-based reality creation mechanism that is held together by the thinnest of glues. In other words, reality creating as we know it is held together by fear and doubt, and accordingly, resistance and reactionary posturing with a good dose of survival mentality and defensive posturing thrown in. And, unless we are coming from Presence, this is simply how we operate and how we create our realities. It is in an inability to get our cosmic act together such that our choices are in alignment with the truest picture of all, i.e., the overriding order that everything shares that we are instead…

quite dysfunctional as a species.

Thus, existing reality is fortunately held together by the merest of glues and easily subject to reversal. By a re-enabling of our natural state of connection with Source, we become exponentially enabled of a decision-making capacity that is far superior to what we presently use, such that the turnaround of our species can happen in almost a blink of an eye. Adding Innate Intelligence as an underlying component to our choices and decision-making processes creates realities in an all-together new solutions-orientation that this planet has yet to experience–other than in Nature, i.e.,

the entirety of the rest of the plant, animal and mineral kingdoms on this planet!

mountainside bunker hideout. I am sure that when that door closes, it will close with a hush and afterward, a dead silence. And be over. Never to be seen again. Nada. Because solutions are just that. Solutions. And, solutions never come back to haunt us because, solutions are, by their very nature, solutions! And, if they are solutions, they continue to be solutions.

And, by the way, solutions are not of the mind – but more on that later.

I’ve been talking for the last 6 mos about prosperity, – not the money kind.. You’re kiddin’ yourself if you’re not startin’ to transition to a balance between the old and the new by now because the new is a’comin’, the old is a’goin’, and though it might be a bit messy, I’m a’bettin’ more and more of us are a’hedgin’ our bets and beginning to think in terms of lining up with what is True. After all, our linear-based reality creation methodology only has enough food on the store shelves for four days and almost none of it comes from local farms.

We are quite reliant on a system that barely works. 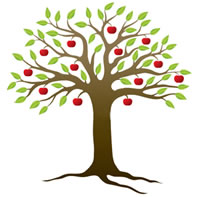 Prosperity is more akin to cyclical rains, seeds germinating from the sun, warm moist soil, green buds, blossoms in the spring, the fruit of the apple tree in the summer and plants and animals feeding on the life-giving characteristics of it all. And so many foods “grow right out of the ground!” Further, fallen fruit, leaves and other litter fall feed the earth, the invertebrates, the fungi, algae, and bacteria, and generate an incredibly complex world that makes up the ground cover and below. And curiously, the fruit of the apple tree protects and nourishes the apple seed for years to come.

​Further, the apple tree gives shade and oxygen to boot.

So much to learn from Nature and the lowly apple tree–and an ancient symbol at that. Prosperity is about shared connection. It is about partnership, it is about reliance on each other and the Order that we each share. It is about the quality of the web we weave as intention and contribution interwoven with our highest regard for honesty, be-ing and alignment. Ask an apple tree. It only gives. Ask a bee. It only gives. Ask anything in Nature, it only gives and shares.

Recognizing that humanity is simply out of sync with its natural connection, and accordingly, Presence, Guidance and Order, and that by establishing Colonies i.e., outposts where solutions are downloaded, incubated, birthed and expressed; in a short period of time, in the twinkling of a cosmic eye, we can have peace (and peaches) on planet earth.

and the problems of the 20th and early 21st century, not so different from a soap bubble popping, are no more. 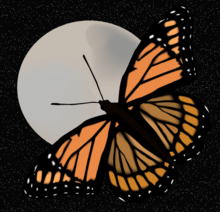 Such is the power of solution. Not delving into the problem and looking at it every which way; instead grounding a solution so big that blue sky, clean air, clean water and people and nations talking to each other very quickly becomes “normal.” Imagine being part of the solution. All it takes is a willingness, an intention, and an individual and group coherent nervous system shared such that we can truly know the difference between right and wrong (foundational Abraham Teaching) and become a host and delivery system for a planet in need of a few good idea.

After all, our primary function is as hosts for Innate Intelligence to express through us,and in our conscious reaching back to our Maker, do we complete a circuit and become conscious, sentient and realized human beings with now a vast capacity for contribution and capacity to deliver what’s next.

CORE Resonance Systems introduces CORE Resonance Colonies™, a living mechanism designed to reach to the Divine and back to the earth and deliver something we have always wished for, always strived for and always known was possible:

peace on earth, with a dash of goodwill toward men and women.

CORE Resonance Colonies™ and TapRoot™ by CORE Resonance is the natural extension of the work of author and visionary J.Hamilton, visionariesLab, CORE Resonance and the possibilities of the human species emulating Nature and re-connecting to what is True for each of us and the planet. Aligning with what is true as a species opens the way for an exploration of living and life that so far exceeds what we are presently experiencing that, as a species we become “the Second Coming” and true prosperity ensues.

We become God-realized human beings operating at our potential and expressing accordingly.

But first, we have to line up with what’s true and CORE Resonance Colonies™ is where it starts. We begin with a few founding ideas and founding documents:

Access the Synopsis for The Twelve Premises of CORE Resonance Colonies; for an enlightened world