Thank you for your interest in iPro Digital Currency. The value of all digital currency is derived from its “use and acceptance.” While there are many digital currencies, those that most successfully make it to “main stream” become the most valuable. iPro is positioned to use the business model that Airbnb and Uber so successfully brought to the forefront. These are called disruptive business models because they bypass the entrenched infrastructure for the purchase of products and services we need and use every day.

A Pro Reward App loaded on your smart phone and computer allows the consumer to transact purchases at their favorite stores* and earn rebates denominated as digital currency—which becomes an introduction to the world of digital currency—a place all must go sooner or later!

There are now approximately 800 different digital currencies—each holding their own value, similar to the US Dollar vs the Hong Kong Dollar, Canadian Dollar, etc. Digital currencies “exchange” between each other with miniscule fees compared to banks and are fully compatible with most e-commerce Web sites.

Digital currency moved into the marketplace nine years ago with speculators buying Bitcoin low and selling high. But the best way to profit from a digital currency is to use it; to get involved with a coin that is in daily use (more use = more value)—a digital currency that can be used for shopping and other daily transactions!

Businesses all over the world began to accept Bitcoin as a payment for their products and services. Bitcoin’s demand and increasing usability causes its value to continue to go up—presently almost $3000 per coin against the US dollar. It is the use of the coin in the world of commerce that dictates its best value. Peer to peer transferring of payments eliminates the middleman, and people (and countries) become empowered as they step away from fiat (traditional) currency. The rest becomes history.

For example, as their economies collapsed, Greek and Venezuelan populations quickly moved to digital currencies because the traditional form of money was controlled by the banks and government. Millions of people discovered that if they held digital currency, they were immune to the gyrations of government, politics and banks. See article Why does Kenya lead the world in mobile money?

Time has proven:
As the Usability of a Digital Currency grows,
So does the Demand, and So does the Value!
Usability = Demand = Value!

Peer to peer transactions have created one of the biggest opportunities in the world today.
The direct-sharing economy managed by Apps on your smart phone has created a whole new economy! Uber and Airbnb capitalized on this discovery by which “peer to peer transactions” eliminate the infrastructure and middle man for the purchase of common products and services we need and use every day. Disruptive business models allow the customer to deal directly with the owner or supplier.

Airbnb does not own real estate but has built an on-line platform that lets people who own real estate rent out what they own directly. Airbnb earns more than companies who own real estate—without the liability. Uber, without owning cars, has forever changed the taxi industry—a disruptive and unexpected business model that has been hugely successful—run by Apps! Use of these Apps generates rebates and rewards, create social interaction, and have gone absolutely viral.

This same disruptive model has finally entered a much bigger industry: the world of online shopping. Joining the Pro Reward’s platform allows you to continue shopping at all of your favorite stores (Hotel.com, JC Penny, Kohl’s, Lands’ End, Macy’s, Home Depot, Staples, Walmart, Bloomingdale’s and Zales to name just a few) and then earn digital currency as cash back rewards! This means the more you shop online, the more you earn in digital currency. A Pro Rewards App (platform) also allows you to receive and spend digital currency which creates a growing demand, a growing usability and access to a digital currency that is positioned to increase in value as its demand and usability soars.

Digital currency has come a long way—and still has a long way to go. It is time for digital currency to achieve direct exposure to masses of consumers missing out on the amazing benefits of using it:

This is social, this is disruptive and this is the new economy. And it is coming fast! In 18 months,
we won’t recognize the existing fiat currency landscape. Traditional money will
disappear just about as fast as the fax machine.

True empowerment includes the ownership of something “to the exclusion of all others.” If you exchange your labor and your services for payment, have your payment denominated in an incorruptible digital currency. Your worth will grow and continue to grow.

Start today! Get in Early! Learn about the Future, Now!

For more information about the iPro Network, please contact Jim Hamilton at 310 878-2268 and review these videos:

PS Block Chain Encryption, the foundation of digital currency, eliminates the middle man. An example?  No need for a third-party holding one’s funds (escrow) during the sale of a home.. Digital Currency and Block Chain Encryption replace transactions were not too long ago done with paper and pencil. Our money system and transaction mechanism is rapidly moving to a fully encrypted digital currency. 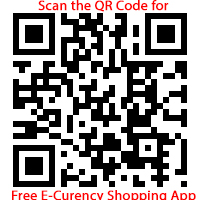 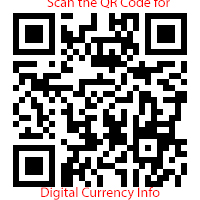 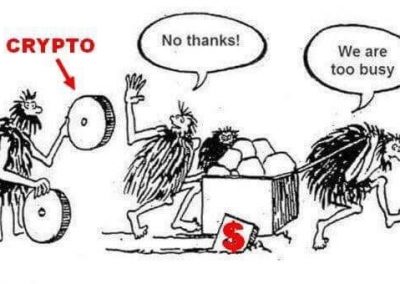 Ready to try QR Codes? QR Codes contain information (often URL’s) that allow one to scan from their phone and go directly to the information. QR Codes are easy to set up, easy to scan and easy to use.

Download to your Android or iPhone.. They are generally free.