CORE Resonance Training™ is an intelligent mechanism by which we establish our connection with Innate Intelligence/ Source through a refinement of the frequencies of the brain. These frequencies include delta (up to 4Hz), theta (4 – 7Hz), alpha (8 – 13Hz), beta (13 – 30Hz) and gamma (30 – 100+).

Our goal is, in part, to “tone” these frequencies; to cause them to have better definition and boundaries and to allow them to work together better in the brain. This is not so different from toning the muscles of the body through exercise for better coordination, definition, endurance, performance, etc.

By refining the frequencies of the brain, we can take a surprisingly incoherent and out-of-tune brain, “tune it” to an internal coherence (orchestrated by the brain itself, i.e., no programming whatsoever), and allow resonance to ensue! Ultimately the human being is a receiver. As we engender coherence within the brain and nervous system, we create resonance with the Cosmos which delivers a natural state of access to Guidance.

An intact connection with the Cosmos is our natural state and the state from which all success and knowledge becomes available. This state is the source of creativity, intuition and healing. This is also the source of “ultimate personal performance” and excellence including the many forms of teams, personal power, emotional maturity and other types of success. This is the state by which all of Nature abides.

Consciously re-establishing this Connection enables a world barely imagined–yet ever strived for to become available. Our potential, residing deep within us, begins to become possible.

Cleaning up the brain and nervous system is a daunting task and turning your brain over to “an expert” in a white lab coat with a clipboard or an algorithm may not be the best idea. Instead, CORE Resonance Training™ puts the brain into an environment that allows the brain to revise itself for the purpose of re-establishing and refining its own internal organization! It is in this mirroring of itself/ discovery of itself through neurofeedback that the brain becomes able to reestablish coherence for itself at all-new levels of connection. We simply tap into the intelligence of the brain and let the brain clean itself up! Duh..

As we become resonant within; we become coherent without!

By design, the human being is highly dependent on its Connection with the Cosmos for Guidance and Insight. Without this connection, the brain attempts to process the world on its own causing it to move to a high state of overload which generates dysfunction, resistance and reaction along with survival and defensive posturing. The creation of the mind by the brain (as a guard dog for a brain on overload), attempts to manage the overload of incoming information but throws the baby out with the bathwater, i.e., the subtle connection with the Cosmos is lost.

Because the brain is unable to process its surroundings on its own, it devises automated and habitual responses (reaction) to life which is generally how we live our lives. Without an intact full-flow Connection with Innate Intelligence and resultant Guidance, the brain is reduced to reactionary and defensive posturing engendering dysfunctional reality creating. Accordingly, we live in a world of reality creation vastly inferior to our potential.

As the brain moves back into alignment with Innate Intelligence, Innate Guidance replaces what were once poor attempts at raw processing power. The mind quiets down and relaxes, better sleep and rest habits ensue, and we have more energy and a dramatically enhanced capacity to grasp and live life to the fullest. As we move away from reacting to life, we become in-step with Synchronicity, Harmony and Order, and an overall refined Quality of life becomes available. The need to self-medicate, i.e., change our state (numbing out) based on the discomfort of an overloaded brain fades into the background as we learn how to embrace (process) Life in an all-new manner.

A coherent brain relaxes and has more horsepower. First, it is far less resistant and reactive, 2nd, it processes what it once could not which includes old held trauma, and third and most importantly, it quiets down internally. An internally quiet brain becomes able to discern the subtle connection that is its natural state of Connection with the Cosmos. As the human brain re-acquires this “signal,” the unknowable becomes knowable.

My personal experience is that as the brain becomes quieted (coherent) through CORE Resonance Training™; we build what I call a “corridor” which is akin “to going home.” As we build this connection “Home,” there comes a point where Innate Guidance becomes available and travels back down this “corridor.” Innate Guidance takes over the processing of the world on our behalf and a whole new world awaits.

When you experience Innate Guidance overriding your choices, you will know you are on your way! 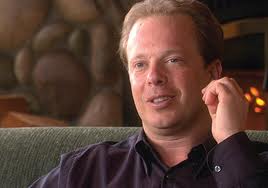 Joe Dispensa stated in What the Bleep, that the brain consciously processes 2000 bits of new information per second while 400 billion bits of information are available–ever-changing as potential. Because Innate Guidance processes all of this information simultaneously, overload, fear and doubt, reaction and resistance, and defensive posturing and survival methodologies become obsolete.

By quieting the brain and becoming able to partner with Innate Intelligence and Innate Guidance, our ability to mesh with the Whole becomes viable. This then is the truest demonstration of Unconditional Love, i.e., no resistance to our Maker. And because of the vast capacity of the Cosmos to process the information on our behalf, we become able to “allow” and flow into and through life partnered with Innate Intelligence’s version of living life.

In allowing and non-resistance, we ascend to a scale of order well beyond the confines of the mind.

As we complete this circuit of consciously reaching back to our Connection, we become an intentional throughput mechanism for Innate Intelligence to express through us and deliver solutions to a planet in need of a few good ideas. After all, the Universe is solutions-oriented, ever-unfolding and we become the hosts for solutions delivered into the dimension of humankind.

Personal and group evolution through re-enabling our natural state of connection with the Cosmos (Colonies) becomes the cutting edge of the species.

It becomes a good use of our time.

Aligning with what is True is our next step.
Some will be first.