peace on earth, good will toward men

The center is the most important component of any structure. And while a structure is not always round, circular or spherical, the foundation of anything of importance must begin at its Center; its Truth. Many components come together to build a building, create a successful team, grow an intentional community or create a consensus. And while this may begin as a pure thought, it generally becomes compromised by the many self-interests that show themselves at some point in the process.

And while many components must merge, among the minds of man there is often a great deal of competition and self-interest that becomes all-consuming to the point of undermining the project altogether. Each component is important, each component must “talk to the other,” and to build something that lasts, the project must remain in integrity, flexibility and coherence “from the ground up;” from the inside out. All parts must continue to communicate, though this is often not the case, as we peruse the headlines and story lines of humanity’s experience thus far.

Similar to the balance required by a tree or a very tall building, we must come from our Truest Center and communicate outward, hence the term TapRoot™.

Founded in Truth, there are no limits to what can be achieved, extended or manifested into form and structure by and for the benefit of mankind.

Buckminster Fuller’s geodesic dome is the perfect example of integrity extended, i.e., the result of placing thousands of struts in certain (triangular) repeating patterns. As the many patterns are repeated and bonded together (from the center out), a model of enduring strength, flexibility and integrity grows into its intended function as a solid and stable structure. As the integrity of each triangular pattern is in integrity and purity with the other; “as each part does its part,” the geodesic dome is strong, tensioned into an integral and structural marvel. The components operate “as one” and evidences our possibilities as a successful species.

As the unadulterated geodesic dome extends; as it is replicated larger and larger, it continues to fulfill its basic function with no degradation of quality.

But if the individual struts are discordant, i.e., somewhat different lengths or different materials, strengths, glues, etc., i.e., if the triangular patterns are less than pure, the structure will be unable to fulfill its intended function. And while on a small scale, it might have the appearance of stability, as it extends upward and outward, it begins to fail. With the absence of “inherent foundational ‘inner’ strength and truth,” the structure is flawed and under any number of circumstances, or simply the passage of time, collapses.

It is unable to maintain its initial intention; its intended vision, its intended integrity and accordingly, devolves back to chaos (the raw materials of life).

And so we witness the world economy, the many religions and governments of the world; and the mind of man in all of its complexities, in an increasingly rapid state of degradation and failure because the foundation was not founded on nor maintained by Truth. And accordingly, we have the only possible outcome: dissonance, disorder and ultimate failure. No matter how much one may patch, revise, cajole, manipulate,  blame or obfuscate, something not founded in Truth, extended over time will show weakness and continue to show weakness until it collapses, for which nothing can be offered other than false promises, patching as one goes, and curiously, the accumulation of debt.

Humanity is in a series of epic failures caused by the abuse of basic principles that have not been recognized nor adhered to in any manner of purity.

At the same time, this collapse is nothing more than a “reset,” as humanity slowly but surely learns a better way.
Or reference Coherence Is The Solution We have Been Looking For (2019 article)

Nature’s model (for all to see) is always extending, always enduring, always present and always successful. Bruce Lipton calls it fractal geometry. Nature, as a recipient and extension of a larger Scale of Order, i.e., Innate Intelligence, Source, Universal Mind, the Cosmos, the Divine, God, etc., replicates “Truth” perfectly. It is in this replication of Innate Intelligence extending “perfectly” that Nature is entirely successful! And, it is the only possible model for humanity to go forward as well. Without this foundational understanding, without this foundational connection, everything humanity produces is dysfunctional and will break and continue to break.

Welcome to the 21st century  …so far.

TapRoot™ by CORE Resonance is a mechanism by which we allow Innate Intelligence to express “through us” for untapped new levels of success and shared connection. TapRoot™ has applicability in a multiplicity of environments including intentional corporations and other intentional organizations that are looking for that underlying foundation that allows them to contribute to a better world by extending and harnessing what is True and expressing it forward and outward–and again and again! Any sort of team that wants to excel must exchange the “mind of man” mentality for something far truer which allows all new levels of success and camaraderie to become apparent; and to extend and to become far more “usefully influential” as well.

There is only one Truth. Partnering with this Truth becomes humanity’s truest efficiency and formula for successfully moving forward–individually and as a species. It is found through our spirituality but that is a given! 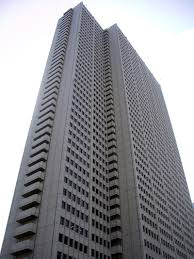 Humanity is in need of a few good ideas.

TapRoot™ by CORE Resonance employs the same technology as CORE Resonance Colonies™ in that the key figures of an intentional organization, corporation, community, etc., bond together to become individually and collectively coherent which is then outwardly seen as resonance. Coherence is the connection that gives an intentional organization its proper steerage. It becomes the intention of these key individuals to ground Innate Intelligence into the foundation of the organization such that the organization takes on a life of its own aligned with Innate Intelligence expressing through this organization for which we achieve all new levels of existance in sync with a larger order.

Coherence within generates resonance without

Intentional corporations, intentional communities and other intentional organizations founded in love and what’s True then become extensions of the human being at its highest aspiration and we move forward as a species secure in the awareness that we have tapped into the Truth.

In Truth we go forward.

For additional information, or for questions,
Please contact J.Hamilton