J.Hamilton points out that humans seem to be the only dysfunctional species on this planet; a planet that is otherwise quite orderly. It seems humans are out of their natural state of connection with Source along with the guidance that the rest of life on this planet naturally abides. And seemingly, humans are dysfunctional to the point we are about to overwhelm our one and only planet with incredibly naïve and destructive patterns and habits.

CORE Resonance is a mechanism by which we can rapidly quiet/ refine the nervous system through the use of proprietary neurofeedback to re-enable our natural state of connection with Source. By quieting the human nervous system, not so different from fine-tuning a “living antenna system,” we become enabled of access to Innate Guidance which allows us to become internally coherent and externally resonant with the world around us.

Clearly, 51 percent of the vote or 76 percent of the vote is not the answer with so much hate, dissonance and polarity in the world right now. By grounding coherence into the realm of humanity, we become enabled of a mechanism to exponentially quell distortion and dissonance for which peace naturally fills that space. The Maharishi Effect has demonstrated this exact phenomenon for 30 years. 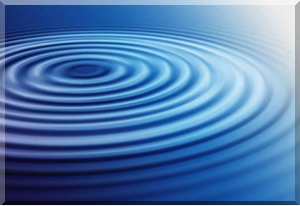 In the simplest of examples, there was an experiment in the mid-1980s with several 7-Eleven convenience stores that played classical music in and around their storefronts to dissipate loiterers. Individuals who are uncomfortable with coherent music choose to instead gather in environments that are more conducive to their state of mind. This principle is now widely in use in everything from elevators to airports to benignly “govern” groups of people. [Reference: Blasting Mozart To Drive Criminals Away]

Coherence dissipates disorder is a more scientific identification for this phenomenon. Another analogy found throughout history is “Light dispels darkness.”

Colonies™ composed of six individuals use proprietary neurofeedback to rapidly quiet their nervous systems and enable their subtle connection with Source. As this occurs, the individuals not only achieve all-new levels of personal performance, i.e., all-new levels of synchronicity, harmony and order in their lives but become mechanisms by which Innate Intelligence expresses through them with no distortion—delivering an incredibly personal experience along with a service to the planet that has no bounds!

Grounding coherence into the realm of humanity through Colonies™ gives those interested in making the world a better place far more sophisticated tools for doing so. Colonies™ become not so different from churches in that their focus becomes to ground the frequency of God into the world through each their refined “living antenna systems”— something churches have been attempting to do since the beginning of time.

Coincidentally, Colonies™ can have access to the same protections and freedoms of traditional churches though they operate in a far purer form.

Humans interested in the solution to the ills of humanity intentionally partnering with Innate Intelligence become exponentially contributive by becoming hosts for grounding coherence into the realm of humanity for which they get the ride of a lifetime!

Coherence dissipates disorder!
Grounding coherence into the world is a very good use of one’s time.. 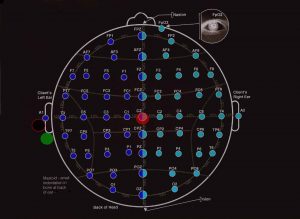 CORE Resonance revolves around using neurofeedback to quiet the human nervous system so that we can enable our natural state of connection with Source, Innate Intelligence, the Cosmos, or whatever we wish to call the order that everything shares. And in so doing, access the Guidance that everything else on and off this planet abides by. After all, a forest doesn’t just “grow;” it is plugged into Nature and Nature’s guidance along with the support of multiples of additional ecosystems synchronistically generating a vast coherent living system.

As we build on this connection, Innate Intelligence becomes available to us as Guidance, and Guidance delivers us to Order.

Another way to say it is as we quiet the nervous system; as we enable our natural state of connection with Source, the mind naturally “relaxes” its defensive posturing and allows this connection to be fully enabled. I find the mind to be little more than a survival mechanism/ guard dog for a brain on massive overload attempting to process the world on its own for which the brain is immensely incapable. As we quiet the brain and the mind, Presence naturally becomes available. In Presence, Guidance naturally shows up and Guidance delivers us to Order.

According to Dr. David Hawkins’ Map of Consciousness, first published in Power Vs Force (1985), the Map clearly indicates that as resistance and rigidity goes down, consciousness goes up. Consciousness has an inverse relationship with resistance. As we become more conscious, i.e., less resistant, we become increasingly exponentially contributive because we (sans resistance) naturally blend with the frequency of God which delivers results “through us,” and far beyond what we could ever achieve on our own.

We become a successful species blending with the rest of life on this planet.

A Colony™ is defined as six people sharing the ownership of the neurofeedback equipment to rapidly quiet their nervous systems, enable their natural state of connection, and become exponentially contributive. The ready potential of a Colony™ is groups of six rapidly heading toward 700 on the Map of Consciousness grounding coherence into the realm of humanity as they climb the Map leaving a trail for others to follow.

The exponential implications are huge. [Reference: The Promise] 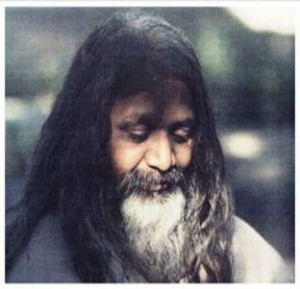 According to the Maharishi Effect, when one percent of a population is meditating in a locale, they influence that locale. Maharishi Mahesh Yogi hosted numerous demonstrations over a 30-year period and in one demonstration in Washington DC (1993), crime fell 23.3 percent over a seven-week period! Unofficially, automobile accidents dropped at the same rate.

When 4,000 experienced meditators gathered, moved out of their minds and became empty while meditating, the frequency of God “peeked out” through 4,000 nervous systems and “coalesced as coherence.” This is the simple mechanics of the Maharishi Effect. We believe Colonies™ can exponentially replicate this phenomenon!

There was a paper written in 1922 by two Columbia University professors who looked at 400 years of prior history (back to 1500 CE or so) to discover that most important inventions, discoveries, and processes were recorded as being discovered by multiple parties simultaneously and of course, completely unbeknownst to each other. This suggests that human beings are in fact “receivers” accessing information from the Cosmos through their connection with Source which is a product of quieted nervous system.

Inventors, explorers and creatives, along with the many types of artists have always used their subtle connection for hunches, intuitions and otherwise insights and creativity partnered with the Cosmos to deliver their work into the world to the point that:

“90-98% of patent lawsuits are filed against independent inventors and not copiers.”
—Mark A Lemley, Stanford School of Law, (2011)

Colonies™ as groups of six, are designed to harness the above non-traditional sciences and do so exponentially. All six members have ready access to the neurofeedback equipment and generally use it in one place for which the host location gets a huge boost of coherence as a benefit. The term “Innate Intelligence sticking to the walls” was originally coined when I first observed this phenomenon in early 2009. The 1st Colony™ clearly identified with this experience along with the experience of “surfing the coherence” generated by the group energy.

Our 1st Colony™ trial ran for six months and produced a palpable amount of coherence that was plainly evident. The intention is to deliver Colonies™ into the world with an estimated goal of 1,350 Colonies™ over three years. Because of the subtle coherent frequency signal generated by Colonies™, Colonies™ ground and become centers of new culture and community founded in peace, love and prosperity. Colonies™ generate and deliver a calming effect and subtle order over a broad geographical area and ultimately “connect” with each other as a global grid.

Colonies™ are probably best established quietly, without fanfare and under the radar, so to speak. 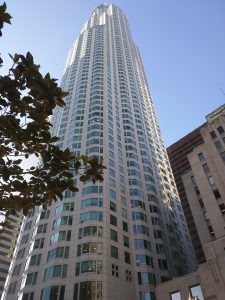 Colonies™ can also be configured to be the foundation for any conscious corporation, community, organization or team — including sports teams, or any other type of business or group venture. The key six people enabled of the use of the gear will quickly move from gradients of resistance and reaction to coherence within, and then coherence as a group to far more effectively hone and deliver their message, influence their organization and the delivery of their product/ message to the world.

PS Their product could be saving whales, feeding nations or facilitating other types of human endeavors that contribute to the success of the human species, i.e., “all things human.” Colonies™ could be set up in disaster areas or even as the foundation for Elon Musk’s colonies on Mars!

Grounding Innate Intelligence into an artificial entity/ group/ company engenders a virtually unlimited foundational wisdom and mechanism of coherence at the core of their organization to do good in the world. Reference:  TapRoot™ by CORE Resonance.

Colonies™ are a very good use of each our time.