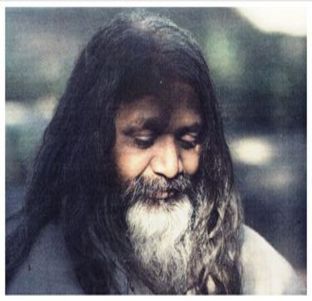 Ah.. no mind.. relaxing… And, making the world a better place feels good too…

CORE Resonance Colonies™ employs a fundamental idea first proposed by Maharishi Mahesh Yogi, the yogi made popular by the Beatles in the early 1960’s. Maharishi proposed that one percent of the population meditating would have a profound effect on the population of the region in which they were meditating. And, in 1993, that’s exactly what happened. 4,000 TM and TM-Sidhi meditators descended upon Washington, DC and reduced serious crime almost 25 percent! And plenty of professionals were watching! It is said that the gov of Wash DC was profoundly influenced. You can learn more here, here and here.   [Maharishi Effect Extensive Documentation]

When we become quiet within; once we learn how to become quiet within, we accept our natural persona as an intermediary between heaven and earth. We plug into what’s true and become an extension of what’s true. And by so doing, we powerfully influence the whole! That’s pretty amazing! Our nervous systems are like living antenna systems, i.e., receivers, and in quieting our nervous systems, we “allow” Innate Intelligence to flow through us into this dimension to deliver solutions.

Hint: Embracing this connection is the truest definition of unconditional love and, dare I suggest, our highest aspiration. It may even be our duty as sentient beings!

I coined the expression “conscious and unconscious consentience” in Visionaries Thrive In All Times, which explains this phenomenon but takes it a bit farther. We are always plugged into the Cosmos. We couldn’t be alive if we weren’t, and our gaze is a component of our outward expression of this connection. In other words, plugged into the Universe, a little or a lot, our gaze has the power of the Cosmos flowing through us to the object of our attention. In an unconscious use of our gaze, we often power and support what we don’t want…

and in a conscious use of our gaze, we consciously build and support what we do want.
(Consentience excerpt from VTAT)

surroundings. We certainly create our realities and if we are having a bad day, “our world” has a bad day.” If we have a hangover, the world, i.e., our world, has a hangover. If we are in a sophisticated, refined and coherent peace, our world is in a sophisticated, refined and coherent peace — and Law of Attraction says it is so. As more of us take on this countenance, as more of us resonate this influence…

we become exponentially contributive, and we solve problems — similar to the demonstration by Maharishi in 1993.

CORE Resonance Training™ is the Maharishi Effect™ on steroids, so to speak. We use proprietary neurofeedback combined with brain exercises to cause the components of the brain “to talk to each other” such that the brain begins to become internally coherent. A coherent brain produces far less dissonance (internal racket and noise) and produces far better output. This means that the frequencies of the brain (alpha, beta, delta and theta) become better toned, better defined and better disciplined — not so different from working out at the gym.

This means the brain works better, receives better, outputs better and serves us (and the planet) in a more refined manner!

Many assume humans are on their own, independent of their surroundings, moving forward, packing away learning experiences and simply getting more sophisticated day by day. Instead, it looks like human beings — in general, out of our natural state of connection, are quite dysfunctional — and getting more so every day. As we train the brain by giving it a certain type of exercise for which the brain sees its progress through the feedback of the hardware and software of CORE Resonance Training™ (similar to a technological mirror for the brain)…

the brain begins to organize itself and find its highest function.

When was the last time the brain had something significant to do? Learning to walk from a crawl, learning to ride a bicycle (balance), or learning to swim (death-defying) are good examples of brain-learned experiences.

Teaching the brain how to clean itself up is the next step in our personal and collective evolution.

School, a new job, moving to a new city or managing other life experiences is far more about the mind. The mind is about survival, defensive posturing, memorization and settling into new habitual patterns as quickly as possible to protect the brain from the overload of having to manually process everything that occurs. According to Joe Dispenza, the brain only consciously processes about 2,000 bits of new information per second while 400 billion bits of information are available — and ever changing as potential.

Instead, we must consciously return the brain and nervous system to its function as a receiver and throughput mechanism for Innate Intelligence to express through (us) without distortion.

It is in returning the brain to its natural function that we turn off the overload of the brain manually attempting to process the world. It is the mind, as a guard dog for a brain on overload, issuing reactionary and defensive posturing, and missing the big picture, that gets us into trouble as a species. Instead, with the nervous system attuned to its natural state “of whence we came,” not so different from tuning into a radio station, and not any different from the rest of the plant, animal and mineral kingdoms on this planet, we begin to “relax, let go, and let God,” so to speak.

We let go of the mind, “allow,” and become “usefully influential.”

And when we have an intact connection, not only do we have access to Presence and accordingly Guidance, we also become a non-resistant means by which Innate Intelligence flows through us into this dimension delivering solutions to a world in need of a few good ideas. This is the source of “heaven on earth.” Come to think of it, without the humans, this place would be heaven on earth – no if’s and’s or but’s. The redwoods would be intact, the oceans would be clean, the air would be clean,

the busiest freeway on the planet, the I-405 in Los Angeles, would be empty (joke), etc.

Our ultimate function is as a refined conscious host, i.e., a refined conscious throughput mechanism for Innate Intelligence to flow through into this dimension to deliver the order, benevolence, wholeness and governance that everything else (on and off this planet) shares and meshes with — sans resistance and distortion. In the sophistication of the human nervous system combined with Unconditional Love, does Innate Intelligence express through us at its most elemental delivery capacity. Aligning and resonating a number of nervous systems into a coherent whole, powerfully and…

exponentially accelerates the beneficence of the Universe delivering solutions into our world.

Suddenly, we know how the Maharishi Effect™ works!

CORE Resonance Colonies™ forwards the idea that six committed individuals using, sharing and supporting each to rapidly refine their nervous systems through CORE Resonance Training™ can have a profound effect on their immediate and personal surroundings, i.e., their life, and at the same time powerfully influence their neighborhoods, cities, country and planet. As CORE Resonance Colonies™ becomes viably understood and begins to dot the land, we become a powerful influence on our planet “without doing anything.”

Even better, as we move out of the mind and traditional use of the brain and into sync with a larger Whole…

we, in partnership with each other and Universal Forces, deliver solutions right on queue.

In fact, we finally find our truest function. We, who become of service like we always knew we could; delivering solutions to a planet in need of a few good ideas and hosting Innate Intelligence into this dimension in a conscious and expedient manner, are rewarded with the “ride of our lives.”

Understanding the Maharishi Effect is a very good use of our time.