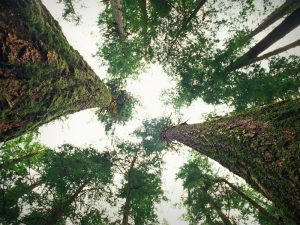 There is a new type of community naturally beginning to form. The community is formed by you and me and others who want to step into their power around certain commonalities. Humans are gathering to better take care of themselves, their families, their children’s children and their friends and neighbors—and what surrounds us including our local governments, and particularly our environment.

We are beginning to gather based on what makes sense for us from a spiritual, moral, ethical and accountability sense-of-purpose. We also have a strong sense of the importance of peace “from sea to shining sea.”

In a manner of speaking, we are becoming our brother’s keeper and doing so from the commonality of our grounded spiritual nature expressing in an exponential manner.

Humans have always gathered, whether for protection from saber tooth tigers and the cold, or creating economic agreements around mechanisms of exchange, to protecting ourselves from marauders who say what is yours should be theirs. America has always been a leader of what’s next but it seems humans in general, and certainly some of us first, are starting to think more about self-sufficiency and choosing friends and neighbors who think/ feel similarly to strengthen, foster and support our beliefs and vision about what’s important to each of us(1).

Whether we understand it or not, we are drawn to seek coherent relationships, coherent neighbors and a lifestyle of peaceful loving expression that delivers coherent outcomes.

After all, as times get more perilous, the contrast gets stronger and our choices get clearer.

Communities as a private membership is a bigger possibility than most might think. After all, we are all members of something even if it is just our alma mater or the PTA. We are members of families, churches, unions, banks, credit card companies, insurance companies, Social Security and Medicare, credit reporting agencies(!), frequent flyer programs and all sorts of other organizations generally via “an account number” that ends up exuding some sort of control or authority over us. After all, we are residents of the State and United States citizens even if we assume we understand what these memberships mean and how they influence our lives.

All of these memberships are inadvertent communities.

Membership has its privileges but membership has its downside.
Usually, we become members of organizations for which we then become regulated as a whole. Have you ever seen “Policy Updates” that regularly come to your email at it relates to PayPal, Google, Facebook, YouTube, online banking, or other organizations? The rules of our group memberships are constantly being updated and we don’t think anything about it! After all, who reads the fine print though most organizations we belong to have fine print.

Sometimes the “fine print” is brazen and abusedly right under our noses—though we seem to ignore the reality of it and continue on, grumbling along the way.

Truly we have been assembled, halved and quartered, not so different from cattle with a tag in our ear(2) and generally treated all the same rather than based on our individual strengths and truest nature. Some organizations including corporations, sports or the military allow individuals to excel but they are still in a membership organization (with varying levels of perks) and all membership organizations, especially those of corporations or government loom large over us. It is as if we have been assembled and our characteristics and strengths and weaknesses, not to mention our wallets, are categorized and prodded and pushed and pulled, but usually we are not leaders. We are led.. 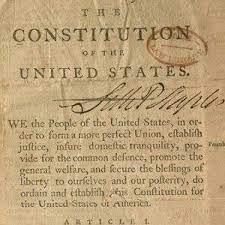 When we create private membership organizations, suddenly things change. Generally, PMOs are groups who choose to gather together for a commonality, support and a common vision. Generally, a PMO has a board of governors or a membership board that is chosen from the group as its government. And generally, the board is elected by the group members. The short coming of a PMO is that while they are technically protected by the 1st Amendment of the United States Constitution, their protections are somewhat vague.

Because we now understand we are members of organizations/ jurisdictions, most of which are not designed in our favor, it behooves us to look at private church membership organizations (CMOs). Why? The 1st Amendment of the United States Constitution is as precise as American law can be. The 1st Amendment is very specific about how the gov, one of the largest fomenters of, dare I say, forced membership and coerced community and authoritarian jurisdictions, must remain hands off as it pertains to the formation and use of private church membership organizations established by human beings.

There is a massive division in American law generically known as Church and State. Church and State has always been a division of power between two groups vying for power over the humans going back to the earliest catholic popes (3) and earlier. One leadership group uses the concept of Spirit as what animates and empowers human beings, while the other encourages, animates and empowers artificial entities.

Long story short. Humans have assumed they are persons in the law. They have been tricked into identifying themselves as subject to the jurisdiction of the State (state or federal resident status) which only has authority over artificial entities, persons, etc. Curiously, the fifty titles of federal law (and State law) make no reference to human beings whatsoever.

In other words, a person is not a human being though a human being can become a person in the law. By definition, a “person” is an entity with “rights and duties” bequeathed by the law. Clearly, corporations have the right to exist and earn profits with the corresponding duty to make and file reports (“returns”) back to the source of their existence, the gov. That human beings have inadvertently become persons in the law, and accordingly subject to the jurisdiction of the gov, is the truest foundation of this article.

Congress shall make 1) no law respecting an establishment of religion, or 2) prohibiting the free exercise thereof; or 3) abridging the freedom of speech, or of the press; or 4) the right of the people peaceably to assemble, and 5) to petition the Government for a redress of grievances.

26 USC 508 clearly indicates that churches are an exception (5) to federal law. In other words, church membership organizations are immune and separate from the law as set forth by gov. Why? Because human beings are higher on the pecking order than gov and can create organizations, similar to the gov they already created, but private. And, they can create their own governance as a board of directors, board of governors with by-laws, etc.

Properly, gov has no authority over human beings. Accordingly. human beings need to learn how to gather as referenced by the 1s Amendment and 508c1A and identify and protect themselves from being misled and misidentified as artificial entities.

This type of community and organization is the function of the church and we can set up churches any way we want as long as we acknowledge the fundamental nature of the church: to seek and share our connection with our Maker, Spirit! This, of course, is not hard to do because we are enabled of life by our Creator—whatever form you believe this to be. Our truest function is to gather to acknowledge the source of our existence, Source, Innate Intelligence, God, The Divine, etc.

Artificial entities can only look to their maker, the State.

Curiously, while churches are typically associated with pews and sermons and baptisms, this is quite the limited perspective. The House of Coherence, a 508c1A, a private church membership organization (CMO) is founded on the premise that “all things human” is our reason for being, gathering and organizing to better understand our very nature, our values, potential for achievement, purpose, education, healing and to better organize ourselves to better protect and manage our own affairs.

As human beings protected by the 1st amendment and 26 USC 508c1A learn to gather properly, we are naturally “not for profit,” we are naturally foreign to the United States and most importantly, our definition of gross income as a private membership organization is quite limited. Learning how to form private communities, memberships and organizations under the authority of the church is a powerful concept that leads to advanced conscious human evolution, individual personal power, group power and puts human beings back on top of the pecking order on planet earth directly under God.

Corporations and persons need laws and statutes for their governance, human beings have a built-in system of governance.

Partnered with Source, human beings become powerful beyond measure and exponential in our contribution for the conscious unfolding of our one and only planet.

One of our first functions is to protect our very nature by becoming members of a properly designed CMO that first protects our worldly assets, protects our labor and creativity, and third, protects our voice. Human beings as an extension of God expressing (i.e., blending with the frequency of God) are by far the most powerful expression of life on this planet!

After all, the gov would say that what is yours is theirs! This is not true.