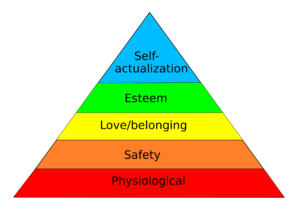 Once we get it right (something we are all driven to do); once we choose to become living hosts for Innate Intelligence expressing though us—we get what I call “the ride of our lives.”

It’s what consciousness is all about. Letting go, trusting and merging with the bigger picture!

So, we are similar to living antenna systems for Innate Intelligence expressing through our very core; through our very nature—because it is our very nature, it is our very core.  As we move away from resistance and reaction and fear and doubt and become conscious and intentional, Innate Intelligence flows through us much more capably—with much less distortion, ultimately delivering solutions to this dimension.

Please review The Map of Consciousness and The Maharishi Effect™ as evidence for this phenomenon.

The above pre-supposes there is an Order to the Universe; that everything is a subset of God and that God or Innate Intelligence expressing, expresses order and nothing but order. And other than resistance caused by humanity on vast overload (out of its natural state of connection),

This is what The Maharishi Effect™, The Map of Consciousness and Nature so very capably display. For example, God/Innate Intelligence/Source peeking through 4,000 nervous systems in Wash DC in the summer of 1993 caused violent crime to drop 23.3 percent! Traffic accidents dropped and gov public opinion improved while 4,000 experienced meditators sat “in tune” with their Maker.

This is what I call “coalescing coherence,” i.e., grounding Innate Intelligence into this dimension by intentionally refining one’s nervous system such that Innate Intelligence expresses “through us” without distortion. This ancient Vedic principle is expressed as tat sannidhau vairatyagah (Sanskrit) and translates:

“in the vicinity of coherence, hostilities are eliminated.”

The way we move forward; the way we evolve our way of life as a species is to dot the landscape of planet earth with Colonies™. Colonies™ are matrixes of attunement with Source spaced about the planet. Colonies™ are groups of up to six individuals wishing to contribute to making the world a better place by intentionally refining their nervous systems such that Innate Intelligence expresses through them (individually and as a group of six) without distortion. As they refine this process, they become inadvertent leaders in partnership with Innate Intelligence expressing through them. 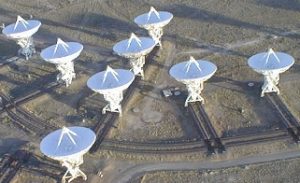 As we ground (coalesce) God into the dimension of mankind through intentionally refined and conscious nervous systems ultimately linked to each other by resonance–not so different from an array of telescopes reaching for the sky, we become exponentially contributive.

CORE Resonance supports small groups of six (as Colonies™) to quiet their mind, brain and nervous system through advanced neurofeedback such that the nervous system becomes an attuned living antenna system capable of delivering Innate Intelligence into this dimension without distortion. Note: This is achieved without programming of any sort

It is in re-enabling our natural state of Connection with Innate Intelligence into the world of mankind (coalescing coherence) that humanity can reshape itself into a responsible, intentional and forward-thinking species.

As a Colony™ becomes coherent, it exponentially influences the region in which it exists similar to the Maharishi Effect. Ease, peace and happiness becomes one’s expression, collectively and individually.

CORE Resonance does not (in any way) program, imprint, control or direct individuals. We begin by letting the intelligence of the brain find itself (refine itself) through CORE Resonance Training™. As we quiet the nervous system, we naturally begin to feel this natural state of connection, not so different from the indigenous peoples of old. As we learn how to move into our natural state, i.e., away from resistance and defensive posturing, we allow God to express through us without distortion.  As we achieve this connection (individually) and in groups, we become exponentially contributive.

All of this is similar to the benefits of meditation but achieved much more rapidly, much more powerfully and far more efficiently.

We effectively trade the human mind (condition) for a much bigger mind, the mind of God.

Because the Universe is solutions-oriented and expressed through Colonies™, resonance naturally engenders solutions. As we ground Innate Intelligence into this dimension–individually and collectively; as Colonies™ establish themselves, we can reset the landscape of planet earth with a Divine solution so big it simply snuffs out problems without having to address them. See The Maharishi Effect™.

Another way to say it is as we become coherent within, we become resonant without. In partnership with each other and in partnership with our larger connection (Innate Intelligence), we can move mountains and deliver peace to a species overdue for something new.

We become the leading edge for consciousness expressing through us and  move beyond the mind to a solutions-orientation that has no boundaries.

The Map of Consciousness and The Maharishi Effect™ are excellent examples of this principle in action.

*not to disparage dolphins, whales, etc.

Short consultations and/or questions about the above are available at n/c.
You may contact me seven days a week by phone or email
jhamilton(at)COREresonance.com.com or 310 878-2260 pacific

How do you contribute to making the world a better place?