The Mechanics of CORE Resonance Colonies™

In a conversation with the third physicist I worked with, he introduced me to the idea of how much knowledge humanity has achieved measured by an imaginary 5,000 mile line between Vermont and Hawaii. After all, humans have universities, libraries, the Internet, quantum physics, string theory, super fluidity, super computers, etc. And while there was disagreement as to the exact place humanity fit on this imaginary line, it was agreed that the overall distance that humanity covered in their quest for knowledge was less than 1/2 inch!

This means the trees, plains, lakes, rivers, mountains, desert, sky, moon and the Pacific, and all of the life stretching between Vermont and Hawaii lay undiscovered, not to mention the space and order between the atoms and protons and neutrons. The traditional model for science based on the human mind projecting forward is woefully inadequate and massively deficient. Because the mind is a linear projection, it misses most of what goes on!

If we wish to evolve as a species beyond the ever-so-slow trial-and-error mechanism of our past, we need to let go of the limitations of the mind, partner with something bigger than ourselves, and make sure our partnership is true. We will then fulfill our potential as a species, both individually and collectively. After all, we are surrounded by a very successful model for which Creation, Innate Intelligence, Source, God, etc., is at the center.

If we haven’t looked lately, we are surrounded by Order and but for the mind (it turns out) this would be endlessly obvious! Peace is but a (mindless) vision away.

Introducing CORE Resonance Colonies™
Participants can be six equal partners in ownership or someone can own the Colony™ and have five additional participants that pay monthly fees, or a combo thereof. A Colony™ is six people using the CORE Resonance technology to rapidly quiet their nervous systems with proprietary neurofeedback exercises enabling their natural state of connection with Source.

Note: Participants use the equipment on their own schedule. They do not do sessions together or do sessions collectively as a group. Instead, an identifiable field of coherence, sometimes called the Buddhaland or Sidhaland, is created by the accumulation of individual use that becomes the coherent center of the group.

Recommendations are 2 – 3 sessions a week. Sessions can be done as often as every day if one wishes. And, of course, individuals can confer, help each, compare notes and otherwise, meet for potlucks and other reasons as the field grows.

Through the use of CORE Resonance, we introduce the brain to itself through computer hardware/ software and a very interesting introspection process. We give the brain the opportunity to discover itself through a “technology mirror” such that as the brain becomes able to see itself, the brain starts to reorganize itself; not so different from a blind person becoming able to see. Because the brain seeks efficiency and order, it will readily take advantage of this opportunity – assuming the mind allows the experience to proceed.

1st, we become less reactive to our environments. As we have more “horsepower,” we process more incoming information and our reactionary, resistance and defensive posturing begins to subside. This can be witnessed as a refined quality of our outcomes and readily documentable “newfound synchronicity, harmony and order” in our lives. [Identifying shifts in the founder’s stream of reality creating was the foundation for what became the discoveries of CORE Resonance.]

3rd, as the brain and nervous system quiet down; as knots of held trauma subside, our subtle connection with the Cosmos begins to become evident. This very subtle connection is readily drowned out by the noise, racket and dysfunction of a brain on overload. But as we quiet the brain, this subtle connection becomes available. As the brain quiets down, it naturally begins to rebuild and re-enable this connection, which in this author’s opinion, is synonymous with “going Home,”

While a Colony™ is a group, each do the exercises on their own schedule. The collection of their efforts builds a “field of coherence” that can be felt; that the entire group can feel and feed from. In other words, as the partners’ nervous systems quiet down, collectively they become empowered far beyond what they can accomplish on their own.

The goal of a Colony™ is to quiet the nervous system so that we can receive the subtle connection from Source to guide our lives. Partnered with Source, we become exponential in our contribution. A number of different goals or intentions can then be accomplished in a far more useful and powerful manner.

The goal of a Colony is for the six individuals to quiet their nervous systems individually and collectively, and to become a portal for Innate Intelligence, Source, etc., to express through us into this dimension– actually the dimension of humankind. After all, all of Nature already has this connection!

It is in the quieting of the human nervous systems that we become a mechanism by which Innate Intelligence enables its connection with us and is grounded into the Earth, into the realm of mankind/ the realm of humanity.

It is in grounding the frequency of God into the world that humanity begins to again line up with the truth of its being. We are subsets of God expressing. Without an intact connection with Source, we lose our way. Without our intact connection, we become dysfunctional individually and as a species. It in in an enabling of our natural state of connection with Source that we move back into our innate power and authority partnered with the frequency of god expressing through us. We become a catalyst for “peace on earth” in an exponentially, logarithmical manner.

We accomplish what other groups cannot.

The Maharishi Effect is a perfect example of how enabling our natural state of connection with Source can influence outcomes. There was a demonstration in 1993 in Washington DC, one of the most crime-infested parts of the USA. 4,000 experienced meditators were invited to Washington DC and over a 7 week period, heinous crime, rape, murder, etc., dropped 23.3 percent – with just a group of people meditating! 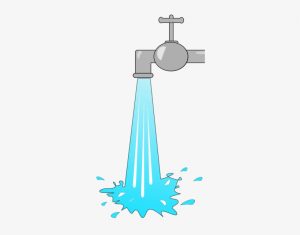 How could this be? It turns out that 4,000 meditators become empty when they meditate; they move out of their minds and the equivalent of a butterfly valve opens. (When one is in one’s mind, one is always in variations of resistance.) When experienced meditators meditate, they move out of their minds; the frequency of God flows through them unimpeded and peeks out of their nervous systems “to coalesce as coherence”. And, as everyone knows, “coherence dissipates distortion!” This is the mechanics of the Maharishi Effect!

CORE Resonance Colonies™ is based on the above premise but because we can rapidly quiet internal resistance and blockage and held trauma, we can achieve far more with far fewer people. Dr. David Hawkins, author of Power Vs Force and the Map of Consciousness indicates that most people move up the Map at a rate of 2 points in a lifetime. This could be from 200 to 202, or 500 to 502 which is a far larger gain because the Map is logarithmic but still only 2 points.

Because CORE Resonance can rapidly quell internal resistance and blockages in the nervous system through quieting the nervous system with proprietary neurofeedback (no programming whatsoever), individuals as members of Colonies™ can rapidly rise up the Map – potentially as much as 200 points in as little as several years. And because there is an inverse relationship between resistance and consciousness, as resistance recedes, consciousness simply goes up!

What might a unified group of six nervous systems sans resistance achieve–beyond the “ride of  lifetime. After all, presence and flows delivers far more than we could ever understand or describe.

It is through the use of CORE Resonance that we can rapidly advance individual consciousness and accordingly, collective consciousness. It in in the quieting of the human nervous system that, not only do we reach and access the Cosmos, but we become a mechanism, a vehicle, and a host for grounding the frequency of God as coherence into the world of humanity.

And, as is well known from our classes in physics, coherence dissipates distortion.

CORE Resonance is a very good use of your time!
(right about now:)
Namasté