• Resistance Into Allowing  • Fear Into Understanding  • Anger Into Love

all things human
by CORE Resonance 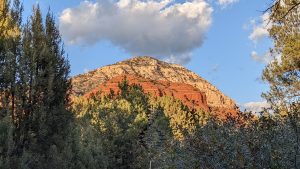 Here in Sedona, the weather is becomes perfectly spring-time gorgeous, all the while noticing the pandemic has finally lost its appeal. Maybe war is the new headline but it seems we are thriving and becoming even more clear about what’s right and what’s wrong for each of us. After all, what else is there to do?

As an aside, I note that the concept of community in Sedona has taken more of an urgency and sense of meshing with the land and Nature.

And while a great many people chose to vaccinate, we all make choices and it is expected that the quality of our choices get better and better over time! After all, trial and error is still the primary mechanism for making choices as we move forward, individually and as a species, but we continue to refine, refine and refine what’s true for each of us!

For myself with lots of CORE Resonance under my belt (under my scalp – joke!), I am big into Guidance. After all, we are all guided (whether we know it or not), and we find our way accordingly.  Hopefully, when we make choices, we are listening to our gut/ intuitive nature which is infallible. But if we end up with less than stellar outcomes, we can always go back to our “gut feeling” at the time to see how we might have “garbled the message.”

We can usually recall how the mind was running at the time, or the expectation of what we wanted vs “the subtle nudge” that was available when the decision was made. Learning how to put the mind aside is a huge component of successful access to Guidance and better outcomes!

My personal belief is Guidance is essential to the unfolding of not only our lives but our interactions with each other as a collective. We are not different from any other part of Nature other than we might listen to our insights a bit less 🙂 But because the unruly mind can second guess our Intuitive sensing, we need to look at what is happening in our heads when Guidance/ Insight becomes available!

Which, of course, is what CORE Resonance is all about! See article titled Is Coherence the New Magic? 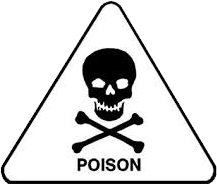 I got omicron on Feb 9th and curiously, I was ready for it! [Hint: I had run out of Vitamin D for about a week or so during which I was hit by a small freight train – otherwise, no high risk behavior, etc.] Beginning February 03rd, I received a series of email newsletters from Dr. Mark Sircus (Brazil) who had been seriously sick with omicron. And while he had always poo-poo’d MMS, otherwise known as chlorine dioxide, friends finally convinced him to try it. And after eleven days of being on the edge of going to the hospital, he began to get better almost immediately!

Because I am quite familiar with MMS though I had not pulled out my bottles in a year or so, his several emails caused me to make several full-day dosages (8 drops in 800ml of water – Voss glass water bottle) and experiment with this “different formula”. In the past, I always made individual hourly doses over 8 hours which is a bit tedious. Instead, I went with 8 drops in an 800ml glass bottle a few days in a row and then forgot about it.

Next thing you know, less than a week later, I had an elevated temperature and massive aches throughout my body but the MMS bottles I had just used and dosages I had just practiced were fresh in my memory! Having already practiced making “quart bottle” sized dosages, I knocked out about 90 percent of my symptoms the very next day with an 18 drop dosage!

And as we all know, none of use can afford to be sick!

It is marvelous to watch Guidance operate this distinctly, and to so capably deliver a solution that was delivered before the situation even arose! What if we could learn to live this way?

•  How might Guidance free up our lives to live at altogether new levels of being?

•  How might we be more helpful/ kinder to each other with this new spin on life?

•  How might we contribute to making the world a more peaceful place?

I was down for about 10 days all together but had I not gotten the insight/ Guidance to “practice” with chlorine dioxide prior to getting sick, I probably would have deferred to ivermectin and ivermectin would not have done the job. Omicron hit me like a baby freight train and by the third day, I turned it around! Presently, I make 8 drop maintenance dosages and sip half a Voss bottle each morning before I start eating for the day. More info here.

Note: I am studying the effects of oxygen and hydrogen on mitochondrial function, free radical damage as a product of oxidation, etc.. Not to mention, CORE Resonance dispels internal/ personal resistance to induce flow! Stay tuned if you are interested in longevity, anti-aging, etc.

And, Speaking of New Things..​ 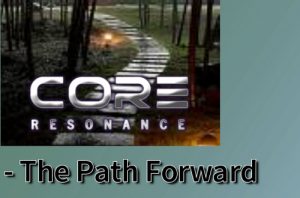 As we become exponentially contributive, we all begin a dance toward the Light!

As a longtime believer that the old will break and the new will be reborn during my lifetime, I am adjusting my message a bit. We live in an increasingly digital age—an age where it is easier than ever to manipulate data, manipulate everyone under one roof, under one “authority”, under one jurisdiction, etc., for which we lose the freedoms that are so fundamental to our very nature.

Accordingly, I am offering services including digital membership communities for which the center of our organizations, the internal governance if you will, is honesty, trustlessness, coherence and alignment with Christ Consciousness. The goal of this type of organization is what’s called “trustless governance”, because we don’t have to trust anyone, i.e., the bank, the gov, pharma, church, etc.

As we come to discover how to employ 1) private blockchain, 2) smart contracts, 3) trustlessness and 4) mechanisms to generate coherence/ Super Consciousness into our intentional communities/ memberships, we learn new ways to live together coherently and become coherently exponentially influential. After all, aligning with coherence/ the frequency of God/ Christ consciousness delivers exponential contribution along with being the truest form of governance!

To be partnered with the Frequency of God is our truest form of existence and it is trustless.

Trustless private blockchain, trustless smart contracts and trustless 1st Amendment membership organizations grounded in coherence become the mechanism by which we navigate forward individually and as a species.

Some are first, and then others follow! [“We Swarm” excerpt link]

I will be offering introductory seminars around future-bending ideas and I will be available for questions, as well as private consultations. This series will be called CCCRCC hosted by Coherence of Sedona, an auxiliary of the House of Coherence.

I will be be doing local (in Sedona) and zoom events:

What is becoming important in our lives is ever-changing and now changing much faster. We are witnessing massive upheaval at every level of society and cryptocurrency, Christ Consciousness, CORE Resonance and the protection of the 1st Amendment are huge stepping stones for going forward.

And, of course, only in upheaval as it presently exists is change possible.
If things are stable, change is far more difficult!

Join us for a romp though an understanding of access to Guidance and new levels of personal and collective success in the 21st Century. We must learn to navigate and master the digital footprint we have all become a part of..

After all, these are the times we are here for.. and making choices aligned with Guidance is what is what is necessary to succeed individually and as a species.

Independence & Personal Sovereignty Is An Inherent Right.
If it isn’t, why would we even be on the planet?

Subscribe to the Vision Newsletter
by J.Hamilton & CORE Resonance