Note: The highest form of vibrational islands are small groups of coherent individuals bound together by a commonality capable of transcending polarity. As the accumulated beliefs of a vibrational island move up the Map of Consciousness, the vibrational island becomes exponential in its contribution for making the world, and your world, a far better place. Hence the definition of a Colony™ !

“Out beyond ideas of wrongdoing and rightdoing
there is a field. I’ll meet you there.” – Rumi 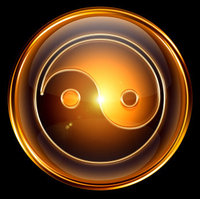 Polarity is an interesting phenomenon that most of us take for granted. Our entire man-made existence is made up of polarity, i.e., high/low, fast/slow, good/bad, hot/cold, heaven/hell, day/night, one particular point or its opposite, and the many subtle and not so subtle variations in between. Fear and doubt, resistance and reaction, and anger and powerlessness are found at one end of polarity, while acceptance, joy, peace, and happiness are found at the other end.

Polarity is how we learn. Polarity as contrast allows us to make choices between feeling good and feeling bad, how to dress for a sunny day or inclement weather, or how to make choices in a grocery store, relationship, or business transaction. Polarity, most effectively identified as subtle contrast, guides us through our daily lives and helps us choose what become our roles in life. Our belief systems ensue for which a great deal of our life then runs on automatic.

Resistance and rigidity are polarities to their opposites flow and acceptance. 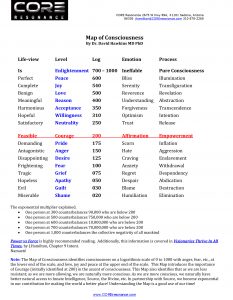 Resistance is a type of polarity that always brings more of the same because resistance is focus. And focus, as  Law of Attraction indicates, always brings more of what we put our attention to — inadvertently or intentionally.  If you add a negative emotional component to resistance, resistance can deliver powerful outcomes that one might truly regret. The Map of Consciousness by Dr. David Hawkins indicates differing states of resistance and rigidity founded as fear, resentment, powerlessness, anger, and pride which limit one’s potential for useful expressions and outcomes. (click Map image on left to see full size)

According to Dr. David Hawkins, courage is called for to break away from limiting beliefs, perspectives, rigidity or resistance to take one’s life back. In fact, it takes courage to move from any state to a more refined state.

Love, acceptance and allowing are far more useful polarities and deliver a far more refined type of order in one’s life. This other end of the spectrum is curious because it delivers outcomes that are open-ended, full of unexpected possibilities, and often quite magical happenstance. This lifestyle delivers feelings of grace, peace, and ease, and a connection with Order that we are still learning to describe. Open-ended perspectives also “usefully” contribute to the evolution of the fabric of a family, group, or society.

Note: Resistance and consciousness are opposites. The farther one moves away from resistance, the more one becomes conscious and accordingly, one’s world naturally opens up. Curiously, the less resistant we are, the more conscious we naturally become!
Hmm: a definition of consciousness is born!

On another hand, one can be extremely positive but discover it to be a mental and even rigid manipulation. When we move to the positive side of polarity, we can still find ourselves in a mind-driven game of the “good” polarity, a naïve polarity, or a white-washing of everything as OK. But the fact is, polarity is still polarity and polarity contains huge limitations.

Partnering with Innate Intelligence is an exceptionally good idea particularly at this particular time on planet earth! 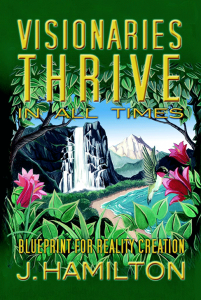 Vibrational islands are an “etheric” end-product of people congregating, subtly or not so subtly, based on shared beliefs, pleasures, common cause, or common sense!

Zoom is a wonderful tool (made popular by the pandemic) that allows people to congregate as vibrational islands and deliver their message of hate or hope. Vibrational islands can start with as few as two individuals and grow to thousands or even millions.

Forward-thinking and embracing the future is one of the most useful types of vibrational islands to exist.

Colonies™ can then link up across the planet by their common resonance to create a huge vibrational island and a lattice of immeasurable service to the planet.

Colony™ members share ownership and use of the technology to rapidly advance their states of allowing and acceptance (for which resistance correspondingly declines) and become mechanisms, individually and as a group, by which Innate Intelligence expresses through them into the world as coherence – for the ride of a lifetime!

Intentionally grounding coherence into the world is an idea whose time has come because we now know how to bring peace to the world.

Colonies™ dot the landscape, operate within cities and enclaves around the world and are favored by conscious groups of individuals, green corporations, NGOs, B-Corps, Non-profits, thought-leaders, and other socially conscious communities and organizations. Colonies™ are focal points for the New Earth and generate a lattice-like grid over the planet to ground coherence into the world.

Colonies™ become the ultimate mechanism for grounding peace into the world.

Colonies™ are made up of six individuals who live in close enough proximity to share the use of equipment. While they are a group, they use the technology individually to quiet and refine their nervous systems to enhance their natural state of connection with Source. In so doing, they individually and collectively create an identifiable field of coherence that becomes the Colony’s™ “vibrational signature” or footprint. As members of a Colony™, personal performance jumps to all-new levels of expression, and newfound potential abounds for each.

A better world starts within!

The individual cost of membership in a Colony™ is no more than the price of a single ticket for any of a number of  Advanced Retreat conferences held by popular new-thought leaders without the additional expense of a rigorous week of travel, hotel, and long days. Instead, membership in a Colony™ is a lifetime ownership with no hidden fees, etc. An individual might begin a Colony™ with five other participants, or by offering unlimited monthly sessions for $200 per month to introduce, build, or fill out a Colony’s™ seats. Contact me for help creating a Colony™ in your area.

A Colony™ is the most incredible energetic and vibrational experience one could ever have! It delivers a far more refined experience of living one’s life personally — and at the same time powerfully contributing to making the world a far better place! 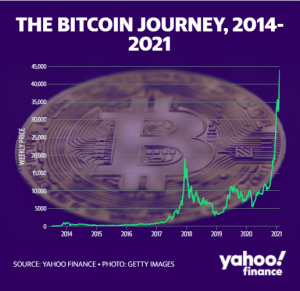 The future is found in:

The New World is just ahead and delivers equality and a vast new personal power. It is coming far faster than we think and island of vibrationally alert and sentient beings are how we ground our future – a future of our making – partnered with Source!

That human beings are presently like “deer in the headlights” during the pandemic comes from the many variations of resistant and negative perspectives we have become accustomed to, in part fed to us through sensationalized media. In the overload of the pandemic, we have let go of our senses (hmm… become polarized) and forgotten how to vision ahead.

As we take advantage of the new tools that are “just-in-time” becoming available, we leap to our next iteration of learning and growth as a species. After all, other than resistance, the only thing humanity has ever done is move forward! 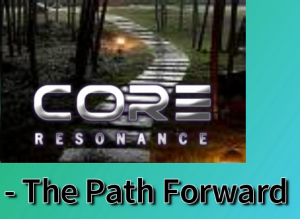 Flow and allowing are huge components of going forward — individually, and as a species. It turns out the pandemic is breaking the back of the old, and the new is just beginning. There is no going back! Embrace the future with allowing, awareness, and a partnership and camaraderie that looks forward. Turns out the pandemic is delivering a choice for each of us.

Contact me for more information about CORE Resonance Colonies™ as a method of contributing to the unfolding of humanity “in a useful manner” with vibrational islands of conscious, collective and inspired choice.

Conscious partnership with the “Order that everything shares” is our next evolutionary step and delivers the ultimate form of empowerment not to mention, true internal peace and joy and a world we can all live in!

Colonies™ are a very good use of your time.

I will be offering a free MasterClass introducing CORE Resonance Colonies™ on Zoom. Let me know of your interest!

Life is far more alive and far more intelligent than we realize
— and now have the consciousness to discover!
We are part of a very large “living” whole!

Become Part Of The Solution!
Plug-In To What Is True!
Join A Colony™
Contact Me
For More
Info!