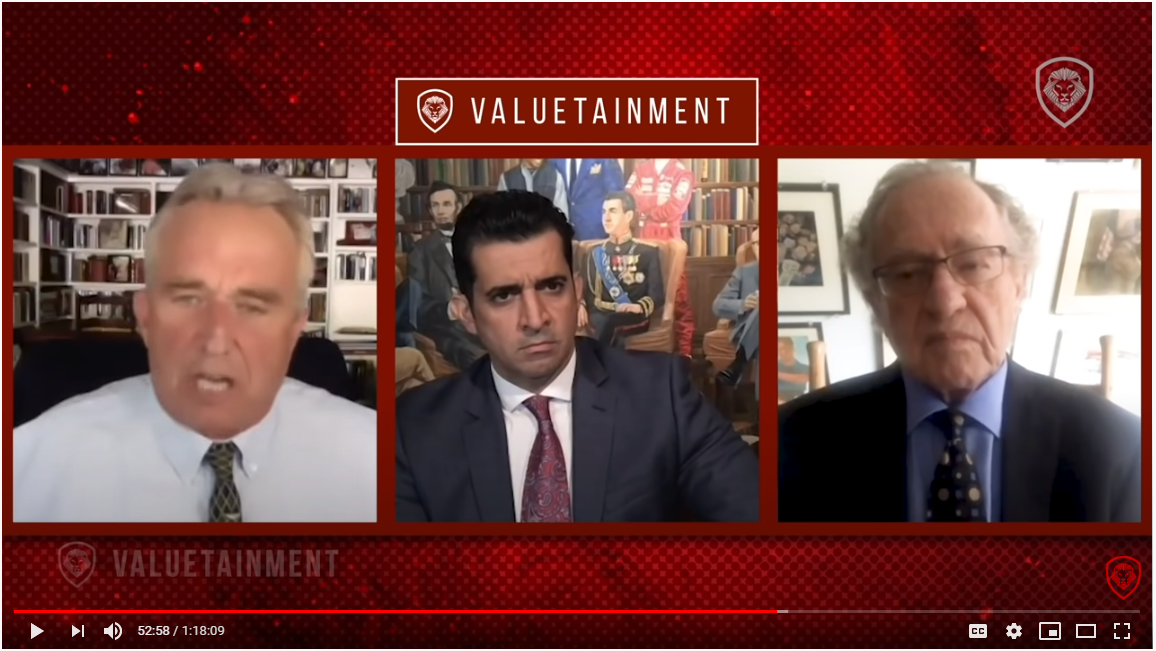 I found the Robert F. Kennedy Jr. — Alan Dershowitz Vaccine Debate to be utterly fascinating.. Mostly because it introduced me to Robert F. Kennedy Jr. who I see as a true American hero. Kennedy is a Environmental Protection lawyer who says he has been working 37 years “to get the mercury out of fish.” He participated in a $11.5billion liability settlement against Monsanto/ Bayer completed in June of 2020. In listening to this debate, I found Alan Dershowitz’s remarks to be more about him listening to himself “orate” and mostly taking a “what if” side of the fence. Because I found Dershowitz so distasteful, I created a version of the video editing out his remarks and giving us a stream of remarks from RFK Jr.

Kennedy makes a remark about healthy people who don’t take flu and other vaccinations don’t get covid!