www.COREresonance.com
by J.Hamilton
003
Can you imagine a happy planet?
It’s a good start but we each need to do far more! 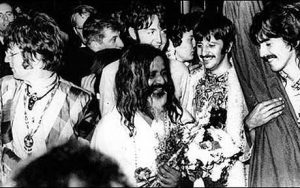 Maharishi proposed a formula that came from the ancient Vedic texts suggesting that when 1% of a population is meditating in a locale, it will positively influence that locale. Maharishi set out to prove this by first establishing a global base of meditators over a period of many years, and then doing hundreds of demonstrations around the world including one in Washington DC in 1993.

Curiously, Washington DC, home of the United States government was, at the time surrounded by crime. The US government, quite the distortion under the guise of protecting America’s freedoms and inalienable rights, was the epicenter of some of the highest crime rates in America.

In the 1990’s, Washington DC with a population of about 400,000 people was an incredibly dangerous city to live in. When 4,000 experienced meditators arrived in Washington DC in 1993, over a 7-week period, homicide, rape and assault dropped significantly.

The Maharishi organization invited criminologists, sociologists, psychologists, police departments and academics to observe what they expected to demonstrate and laid out the instructions for how this was all going to occur, how it was to be measured, adjusted for, etc.

During this demonstration, heinous crime dropped 23.3 percent over a 7-week period! Unofficially, automobile accidents dropped in a similar manner and it is documented that Bill Clinton’s newly formed government’s approval ratings simultaneously began to rise!
. 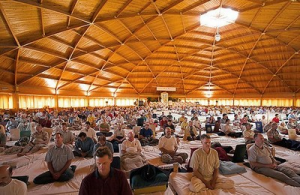 The way I would explain what happened is that when 4,000 experienced meditators meditate,  they become “empty.” They move out of their minds which is what meditation is all about and ultimately the frequency of God peeks out of their nervous systems and coalesces as coherence.

Coherence dissipates disorder. It is as simple as that!

CORE Resonance says the mind is synonymous with resistance* and as we move out of our minds, just like a stopper being uncorked, the frequency of God becomes available “through us” and our individual and collective worlds open up.

The states of “flow” become vastly more discernible; allowing becomes easy and enjoyable, and life starts to move in sync with your being!

Coherence is the closest we will ever understand to the frequency of God. And it turns out human beings can generate coherence by refining and quieting the human nervous system and allowing the frequency of God to express through us into the world, delivering something not so different from the quiet order found deep in a forest..

You can learn more about the Maharishi Effect here.

Understanding the Maharishi Effect is a very good use of our time.