www.COREresonance.com
by J.Hamilton
012
Can you imagine a happy planet?
It’s a good start but we each need to do far more! 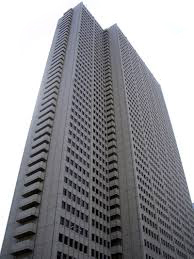 TapRoot™ can be employed within teams of any sort (including sports) or any organization that wishes to ground Innate Intelligence into their organization to better deliver their products and accordingly, better serve humanity.

Humanity has been creating artificial entities most recently known as corporations, foundations, trusts, LLCs, Limited Partnerships, institutions of the church, higher learning, medicine and science, not to mention governments, for centuries. Artificial entities, generally created under the authority of the government or a King may “live” hundreds of years which far exceed the lifespan of human beings.

Corporations generally created for purposes of profit and liability protection, have no nervous system and accordingly, have no capacity to know the difference between right and wrong. And in many corporations, the individuals in charge are offered generous “perks and parachutes” to look the other way as profits are driven at the expense of the human condition.

Worse, humans inadvertently look to artificial entities as authority figures and leaders because of the scale of their presence in everyday life. Artificial entities generate massive ad campaigns directed at consumers who have been trained to “buy this” or “buy that,” or to become accustomed to “thinking this” or thinking that.”

Governments and corporations are the biggest transgressors of the fundamentals of clean air, clean water, clean food and healthy medicines along with the issues of human rights, justice and diversity. Artificial entities are responsible for a great deal of the pollution on our planet.

Because of the importance of the business sector and its influence on humanity, it is essential that conscious corporations become mainstream. It is essential that as long as artificial entities are influential, that they be first and foremost, created to serve humanity. How effectively they serve humanity becomes a component of the the “new bottom line” definition of success for our species.

Any individual or group of individuals who want to start an intentional profit or non-profit organization need the organizational characteristics of one of the many variations of corporations. Entities have been used for many hundreds of years to organize and centralize what is requested of them not so different from a variation on “auto-servo mechanisms” that do what they are programmed to do, which in this case is to provide a service, generate profits and separate the founders from liability.

And because we use entities as an important cog of commerce in our everyday world, intentional organizations, advantaged by their partnership with Innate Intelligence, become beacons and true leaders of fairness and opportunity for all involved.

The solution for humanity and the planet is to re-enable our natural state of connection with Source through our personal and our business lives. This is done through a refining of our listening and sensing mechanisms for which Innate Intelligence and Innate Guidance deliver us individually and as a species back on track to our intended function.

TapRoot™ by CORE Resonance and CORE Resonance Colonies™ are how we can make the world a far better place by grounding Innate Intelligence into what we think, say and do on planet earth.

As we learn to partner with what’s true, we become a successful species.

TapRoot™ By CORE Resonance is a very good use of your time!