FreeCell and the Keys to the Universe 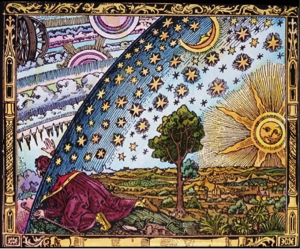 FreeCell and the Keys to the Universe was written in 2007, shortly after author J.Hamilton completed his first book, Visionaries Thrive In All Times. The article effectively teaches you how he was able to complete an unexpected almost four-year task that took every ounce of will, courage and fortitude to do so.

In the “occasional” overwhelm of this inadvertent 93,000 word project, he repeatedly escaped to FreeCell, a card game (similar to Solitaire) that comes with Microsoft Windows.

In discovering that if he would “walk away” from a game that he was beginning to lose, when he returned to the game, he would see moves that he did not see before. He would then, invariably win the game.

It was in the discovery that even though a solution did not seem to be available, there was always a solution. It was in this discovery that there is always an answer – and a way, that he was able to persevere and ultimately complete a very daunting, powerful and important task!

Obviously, the moves were always there. But why don’t we see what is so apparent? It turn out that everything that we need, or ever will need, is right in front of our noses, “if but we could see it.”

Add this powerful, yet simple insight to your tool belt for becoming quieter, more refined and more self-assured in your reality creation and day-to-day activities. Move from reaction and resistance to knowing and alignment with what is true.

What if everything that we need, or ever will need,
is right in front of us, “if but we could see it?”

To receive your free complimentary copy of “FreeCell and the Keys to the Universe”
by J.Hamilton, enter your email address below.