VIDEO  Somewhere we all learned that “what you focus on expands.” Most of us assume that thoughts line up and our realities come to exist–which is basically true. And, if we can keep our thoughts in order, we can create what we want in our lives. But if we investigate this process, it can be discovered that our thoughts add on to each other caused by what shows up “between our thoughts.” And what shows up between our thoughts is God, or what I like to call Innate Intelligence, Source, Universal Mind, the Cosmos, etc.,

expressing through us, i.e., between our thoughts!

Focus has vast limitations because we can only effectively focus on one thing at a time. And very often resistance, reactionary posturing or escaping what we do not want is an underlying component of focus, and so often our realities are quite skewed. We often hold a haphazard vision for what we want, and then have to dodge what we get :). Focus is hard work. In realizing the part 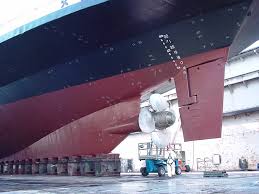 the Cosmos plays in our reality creating, it all begins to make a little more sense.

It turns out we are the rudder, not the engine!

And while focus is a great way to create realities, or better said, a great way to study the mechanics of reality creation, it is our reliance on Innate Intelligence’s contribution that we get our hints about how all of this works such that our realities become available in a far more useful manner.

For me, when I was younger, all of this was easy. After all, I manifested a 40′ sailboat in time for my 26th birthday, not to mention several houses, travel, lots of free time, etc.  Now my goals have changed; my goals are not as linear as a house, car, boat, job, etc. My goals and vision are generally far larger, i.e., how to achieve peace on earth, reverse the effect of an unconscious species unaware of its relationship to its environment, and how to return to our connection with Nature.

After all, we should not even begin to think about leaving this planet until we have learned how to become in sync with the one we have.

CORE Resonance is where I put my attention because it generates a solutions-orientation so big that it “snuffs” out the problems without even another thought. And it is in this study and attention that I beckon Innate Intelligence to contribute to what I want to produce as my reality creating. Partnering with Innate Intelligence is our most natural expression.

Becoming a mechanism for Innate Intelligence to express through, for which we get the ride of our lives, is the biggest game in town.

Hint: Patterns and habit are frozen focus that the brain continuously churns out.. Hence your realities! This is the source of your Momentum. Contact me if you want to learn how to revise your patterns and habits.

Intention is broader, it covers more ground, more sky, more points inside of a sphere, etc., and it has the added benefit of being far more natural. While focus can be about how one wants to feel (what does the end result feel like?), intention has a much broader “bandwidth” for how the reality you are interested in creating can come into existence. For example, intention can produce realities that are far more complex than you can even begin to imagine on your own. With a broader bandwidth, Innate Intelligence has far more room to contribute unencumbered by the restrictions of the mind’s output.

Intention allows a lot more room for Innate Intelligence to contribute to the end result.

Where focus is a choice about what we want to create, intention invites Innate Intelligence to contribute to the end result in a broader manner. As we have left the limitations of the mind behind, we have better access to what we wish to create more in sync with a larger whole. In partnership with Innate Intelligence;

in receivership with Innate Intelligence, we ground realities in a much grander, more refined and efficient  and sound manner.

Intention gives Innate Intelligence far more leeway, assuming we can get out of the way.

The game is to intentionally summon Innate Intelligence into our lives and we can do so through focus which is work, or though intention which allows for the Unknown to contribute a larger voice to our end result. It is in “allowing a larger mechanism to become a part of our reality creating that we begin to create realities more in sync with a larger whole.

the world, our world, becomes a better place