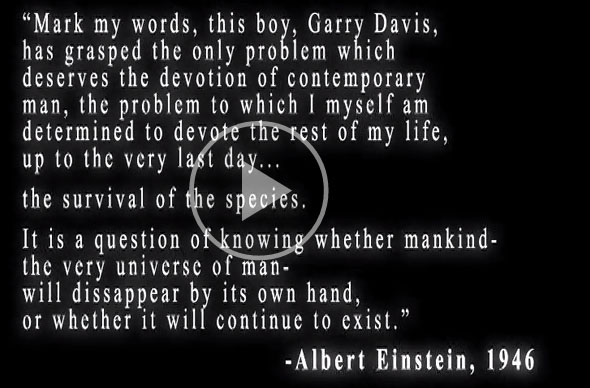 Garry Davis was a client of mine in the early days of my coaching career. We worked together from August of 1998 to December of 2003. I coached him and addressed a number of issues he had asserting himself as a world citizen. I wrote 17 letters on his behalf. Garry Davis was a pioneer and visionary in the realm of personal sovereignty and advanced consciousness. He had a world view of humanity that had no end. Garry died in July of 2013 -- J.Hamilton Sol Gareth "Garry" Davis was an international peace activist who created the World Passport, a travel document originally based on Article 13, Universal Declaration of Human Rights and on the concept of world citizenship. -- Wikipedia