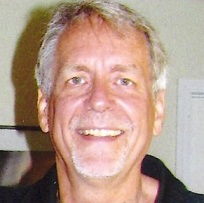 I’ve just become the recipient of a huge synchronicity! Huge! Synchronicities are evidence of the quality of our connection with Source in our daily lives. As synchronicities become more consistent, our lives flow in more order with end results that are often far better than we can produce on our own.

We’ve had unusual heat this summer in Sedona (2021). Finally the heat moderated with the rainy season but brought unusually high humidity which is even more uncomfortable. Lately we’ve flooded the house with humidity to the point of overwhelming the AC— and losing the AC altogether.

Monday afternoon, the same afternoon the AC goes out, my client Michael V comes by for a CORE Resonance session. Michael is from out of town and here to experience a few sessions. But instead of doing the session, we started troubleshooting the AC issue. Because the AC would unexpectedly come on on its own and then go back off, his first conclusion was a circuit board issue for which I immediately ordered a circuit board for next-day delivery. By the way, my AC tech person was scheduled, but a full week away. 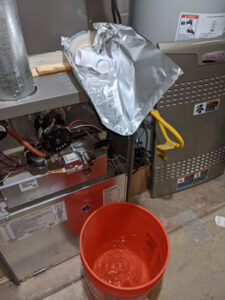 In the meantime, Michael texts me the next morning (Tuesday morning) and says he thinks he knows the answer. He comes back Tuesday afternoon for his session and to test his theory, and discovers a condensation drain-line float switch had been tripped! It turns out the condensation drain-line was backing up and activating a protection circuit because of the high humidity. So Tuesday night we did a work-around for the float switch problem (see image), and got the AC working again—to great relief.

Magically, within hours of the massive discomfort of losing the AC in very high heat and humidity, someone shows up at my door and solves the problem! How does it happen that the same afternoon the AC goes out, someone shows up, troubleshoots the problem, and the next day we are up and running again? And our tech guy is not available for a full week! PS While the jury rigged solution served its purpose, I replumbed the condensation drain-line Wednesday afternoon and all is new again! No tech person, etc..

How does this happen? Especially when you live in a world where this type of thing happens on a regular basis. What is this mechanism? And, how can we learn to rely on this partnership with the Universe that unfolds these miracles on our behalf?

We were looking at an expensive emergency week-long hotel stay (in Sedona) waiting on the AC service tech along with the attendant expense of the repair. The entire bill would have probably been $3,000 or more! Note: My partner will not stay in cheap hotels!

Instead Michael “shows up,” and sorts out the problem the next day. We spend less than $150 including dinner one night!

This is a great example of how Synchronicity, Harmony and Order works for those who align the the Cosmos. Our nervous systems contain neurons which have a propensity for communication with our Connection for which we reap the benefit, all the while grounding coherence into the world.  As we learn to line up with what’s true, the Universe becomes a mechanism by which solutions abound and we become recipients of the Universe’s bounty. We become part of a truly abundant lifestyle!

Coherence dissipates distortion!; nothing is truer. Michael became part of a coherent field that contributed to the delivery of solutions to others!

Michael, as a cog in the Machinery of the Universe expressing, delivered a solution to a problem that was beyond my capacity to solve on my own! And, this problem was solved for virtually no money! Michael and I had quite the bonding experience with Innate Intelligence as an intermediary in the end-result guided by Innate Intelligence expressing!