I was updating The Twelve Premises (of CORE Resonance Colonies™) and needed to define Innate Intelligence. I use the terms Innate Intelligence, Source, Truth, the Divine, Universal Mind and God (and a few others) interchangeably.. 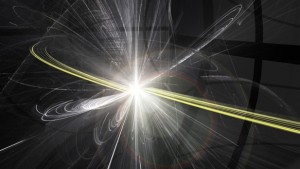 Innate Intelligence is the underpinning of our very existence. It is the utter foundation of plants, animals, minerals, earth, air, fire, water, aether, particles, waves, imagination, intuition, everything. It is that underlying Spark, Order and Commonality that everything shares – from the infinity of the space between the smallest atoms and molecules, to the order and make-up of the largest galaxies and far, far beyond. And while some image God as similar to a human being, in fact, everything is Innate Intelligence/God expressing. “Everything” is a means by which Innate Intelligence, Source, Universal Mind, Divine, God, etc., expresses. Everything including man is a microcosm of God.

And while the mind of man looks for “God” in the Higgs boson particle and other linear expressions, it is not until we venture far past the linear mind and link up with the Truth through frequency and resonance that we begin to discover the truth and then, only a glimpse. Innate Intelligence is not to be worshiped or awed, but instead respected because it contains the secrets of life. By raising our frequency (becoming more conscious) we begin to merge with this Order that is so.

It is expected there are many life forms sensing the allure of this fundamental frequency of Order and in so doing meet instances of insight (as synchronicity and resonance) that light their way. Becoming coherent in our sensing apparatus (nervous system and brain/processing) enhances the subtle insights that become increasingly apparent. As we rise up in our frequency, we are met with “messengers,” i.e., Innate Guidance delivering solutions to what we once attempted to do on our own. As Presence and Guidance becomes tangible, Innate Guidance begins to physically interact and even over ride your decision-making process. You then know you are on your way.

Innate Intelligence was aptly described in the 12th century by a very powerful French Christian figure, Saint Bernard of Clairvaux who defined God as “length, width, height and depth.” Sacred geometry, as it is presently known, is a means by which Innate Intelligence can be identified and is found as the harmonics of mathematical formulas, nature, beauty, harmony and balance.