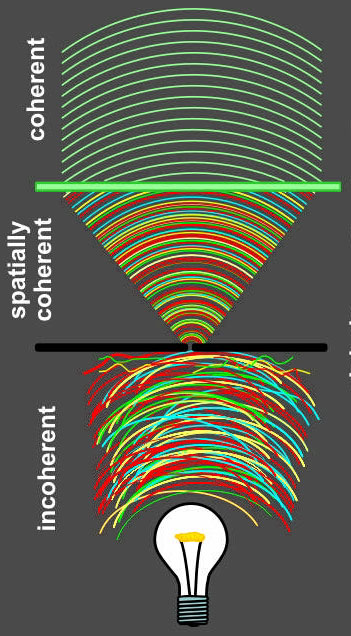 © 2009 J.Hamilton  www.visionariesLab.com By J.Hamilton  CORE Resonance is the synergistic amalgamation of the best that is available in the world of neurofeedback from a specific perspective – a perspective that has barely been addressed.  And while neurofeedback has proven to effectively address a wide array of maladies and dysfunctions in the human experience, the medical community has barely touched on prevention, much less address advancing consciousness as a means of staying healthy, wealthy, happy and wise. In the arena of intentionally advancing consciousness, i.e., the bringing along of a new level of contribution and order to our lives, humanity begins to truly thrive, help itself and contribute to the unfolding of a successful species on planet earth.  And while scraped knees and broken bones have been the venue of the medical doctor and the

saving of souls has been the venue of the church, it is in the addressing of our overall health that we avail ourselves of true success, true advancement and true contribution to the unfolding of who we each are and the place we call home.  As someone once said, “If not us, who?” and “If not now, when?”

For, you see, we are made up of trillions of cells, all of which operate in an astounding implicate order that is far beyond our capacity to prod and poke into becoming more.  We simply assume healing and the order that keeps us other than a puddle of protoplasm on the floor.  If we truly want to “be more,” we must address ourselves from a perspective that recognizes this implicate order to capably deliver us into the 21st century.  For if we want to be truly successful, we must emulate something that works; a system that far exceeds anything we have been able to devise on our own.

To quote Warren Buffet in his March 09, 2009 interview with CNBC:

“Everything will be all right.  We have the greatest economic machine that man has ever created.”

Not wishing to be critical but it must be pointed out that we are not going to think our way out of the failure of our synthetic, man-made economic lifeblood and attempts at dominion over our planet.  More regulation is not going to be the answer other than in the short run.  Instead, the mind of man in sync with the Cosmos will become capable of far greater things.

Our success as a species is dependent upon this next iteration of our evolution.  We are going to have to rely on a much more sophisticated interpretation of success than what we can dream up on our own and it already exists.  It is in the oneness and shared connection with Innate Intelligence that we truly thrive and express at the next level of our being.

Not so different from a successful chorus, full of individuals each doing their part and each contributing to the whole!  This was the intent of communism and socialism but they left the connecting link left out; the part that binds it all together and allows the trees their symphony, the schools of fish their orchestral arrangements and now the humans their octave.  Humans cannot group together under their own mechanism.  They must adopt from a model that already works.  And to do this intentionally as a species is a huge event!  It is a migration of sorts, to the stars!    [Hola!]

And, what is the fast track to accomplishing this?  Coherence and resonance with our Source is the only way.  We have to take what we have learned as a species and blend with Innate Intelligence.  It is in this blending that reality becomes a scorecard for the quality of our connection with Source.

Thus, in our ability to induce our nervous systems to coherence, we become able to assimilate Innate Guidance into our lives in an all-together new and conscious manners.  Innate Guidance brings multiplicities of “solutions-orientations” that are a must for our survival and development as a collective species.  And while there have always been a few who have glimpsed these orderly dimensions, it is in the ability to deliver coherence to a larger audience that we make our next steps as a species.

Our next evolutionary step is to become Self-determined.  And, intentionally ad-vancing consciousness is the surest way to take this next step.  Ultimately, advancing consciousness is measured as non-resistance, i.e., the ability to allow Innate Guidance to process our surrounding in our behalf so that we may learn to see the world as whole.  It is in nonresistance that we become able to allow Innate Intelligence to merge with what we have accomplished as a species thus far.  In other words, by our ability to open up to the Cosmos, we become throughput devices (living nervous systems) for which Innate Intelligence delivers its solutions to the world and we ramp up several notches in the scheme  of things

In nonresistance we become a throughput mechanism for Innate Intelligence to express itself.  In our conscious contribution to our unfolding as a living and coherent nervous system, we become exponentially more “useful” to the whole.  And it is in advancing consciousness that we discover our exponential value.  The work of Dr. David Hawkins, MD, PHD and others prove this.

Ultimately, nonresistance and conscious-ness are the same.  It is in nonresistance that we allow ourselves to mesh with the wisdom of Universal Forces and become a major throughput device for Innate Intelligence to express itself.  It is in the sophistication of our nervous systems that we are able to deliver the vast amperage of Innate Intelligence expressing itself through us.  For our part, we move to awareness, happiness, joy, mirth, a true definition of intelligence and finally become a true fit for our place on planet earth.

Thus, COREresonance had devised a means by which individuals can rapidly advance themselves, and in advancing ourselves, we exponentially contribute to the whole.  Through Coherence Training® (COREresonance) Innate Guidance becomes available and does a great deal of the driving, so to speak.  It is in our ability to go beyond resistance that we are able to discern hints, insights and happenstance that exponentially contribute to making the world a better place.  And, if you can’t imagine what I am talking about, welcome to a brain and nervous system that is mostly unplugged.

Simplicity of a rose..