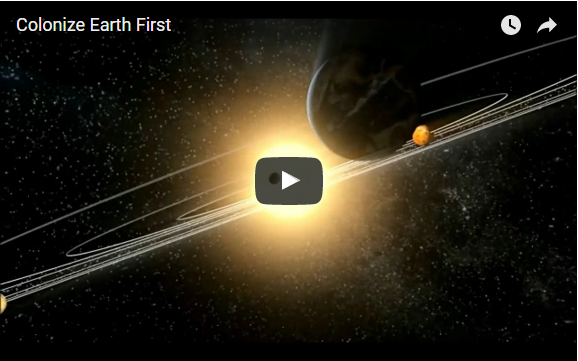 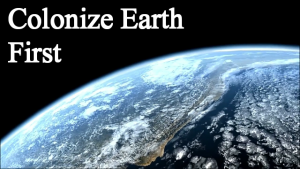 For example, it is well known that large groups of meditators influence the whole, i.e., when experienced meditators become “empty,” the Divine peaks through. Scientifically speaking, when groups of meditators gather to meditate, they produce a field of coherence that influences their surroundings. This well documented phenomena, known as The Maharishi Effect™, quells violence and disorder, and peace fills its place.

According to ancient Vedic texts: tat sannidhau vairatyagah translates to “in the vicinity of coherence, hostile tendencies are eliminated.” (See Premise V: The Maharishi Effect™ found in The Twelve Premises of CORE Resonance Colonies–presently a free download)

Another example is Dr. David Hawkins, M.D. Ph.D who worked tirelessly to correlate science and spirituality through an understanding of quantum physics and other nonlinear sciences. As the author of Power vs Force, he first published The Map of Consciousness which identifies that as we become more conscious, we become less resistant. As we become less resistant, we have a better connection with the Cosmos. As we have a better connection/ partnership with the Cosmos, we contribute more to the overall wholeness of the human experience. He states:

There is also the work of William F. Ogburn and Dorothy Thomas of Columbia University (1922) who wrote the paper “Are Inventions Inevitable? A Note on Social Evolution.” Their research suggests that a significant portion of the discoveries and inventions of humanity were made simultaneously – unbeknownst to each other! They documented 148 significant inventions and discoveries of the past several hundred years that were made independently but concurrently, to the point that

According to Robert K Merton (1960), a preeminent sociologist from Columbia University:

And, Abraham of Abraham-Hicks Publishing, of whom I am particularly fond, states:

CORE Resonance Colonies™ is about harnessing the power of exponential multipliers, i.e., the non-linear sciences and the re-colonization of our one and only planet by rapidly advancing personal and collective consciousness. A Colony™ is a group of six individuals using CORE Resonance Training™ to rapidly refine and quiet their nervous systems such that nonresistance and allowing become far more available and accordingly, the Divine has a lot more access to this dimension! As we move away from internal resistance and plug in to what’s true, Innate Intelligence naturally flows through us as coherence delivering solutions delivering “the ride of our lives.”

A Colony™ of six individuals is far, far, far more powerful than even a very large group of meditators.

As we become coherent individually and collectively: 1) vast emotional maturity, 2) unifying collaboration and 3) a conscious regard for the sanctity of all life begins to flower. A Colony™ then, is about cultivating an intentional partnership with the one common denominator everything shares, i.e., Innate Intelligence, Source, the Divine, God, Universal Forces, etc., such that we begin to step into our own power (in sync with the Divine) we become usefully influential to the whole.

CORE Resonance Colonies™ is about rapidly cultivating, incubating and hosting this process for the purpose of re-establishing our potential as a species, which looks like Heaven on Earth
–-something we innately know is possible.

The intention is to have 350 Colonies™ in the first year with a total of 1,300 Colonies in three years. Reality is more loosely held together than we might ever imagine. By replacing fear and doubt, manipulation and survival methodologies driven by the mind with a partnership with coherence, we can thrive like never before. We can build a new world–just a few of us!

It turns out there is far more to life than we presently “think.”

Quantum Activism  might very well be defined as the mechanism by which  coherence is delivered to a species in need of a few good ideas for which an “all new world” unfolds according to our well-earned newfound and exponential partnership with Innate Intelligence.

CORE Resonance Colonies™ is a good use of each our time.

For additional information, please review What Is A Colony™?